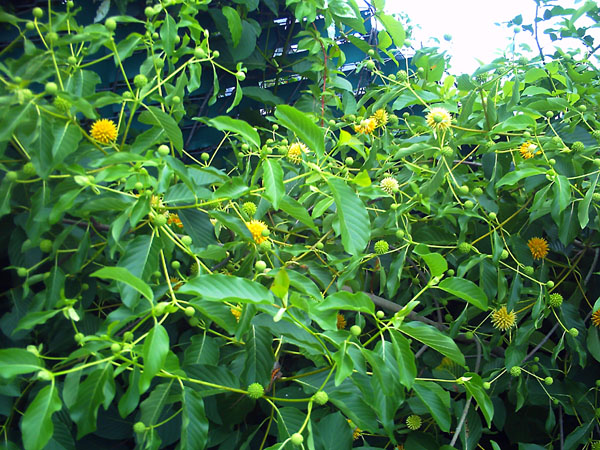 If you have come to this page then you have likely been hearing about a plant called Kratom and are curious to find out more. If so, you have come to the right place! The goal of this site is to provide a comprehensive resource where you can learn: What is Kratom? Kratom, known to the scientifically minded by its Latin name, Mitragyna speciosa,  is a moderately tall tree (12 to 50ft) distantly related to the coffee and yhombie tree.  Kratom trees grow in tropical and sub-tropical areas of Southeast Asia, primarily in Indonesia, Thailand, and Malaysia.   Although known by a small number of biologists and botanists in the western world since the 1800’s, kratom’s exposure to the rest of the world has been limited until recently.  In the last decade, however, an increasing number of researchers and herbal enthusiasts have gained access to this amazing plant, and as a result, our knowledge of it has increased greatly. Now the rest of the world is beginning to learn what Asia has known for centuries: that kratom is a truly unique plant like no other in the world. While Kratom is a tree, when most people speak of it, they are usually referring to the trees’ leaves.  These deep green leaves, around 7 inches long and 4 inches wide, are continuously shed by the tree throughout the year.  These leaves or those that have been picked from the tree have been a part of the culture of Thailand and Malaysia for hundreds of years if not longer.   Kratom’s pervasiveness in Thai culture is such that In some regions, 70% of the population has been estimated to use the plant daily [5].

Many laborers and farmers in Thailand will chew fresh leaves as a way to enhance their productivity, work longer, and work harder while maintaining a positive mindset [1].  Thai folk medicine would prescribe kratom as a remedy for gastro-intestinal distress, diarrhea, and congestion [1, 5]. In addition, as early as 1897, kratom was proposed as a potential opium substitute by H. Ridley [2].   More recently, Dr. Mustafa Ali Mohd of Universiti Malaya has suggested kratom as a safer, less addictive and less toxic alternative to methodone [3]. Thai kratom users most often prefer to chew fresh kratom leaves.   While fresh leaves are most common, Thai users will also ingest powdered kratom, chased by a hot drink such as coffee [1].  Many Thai users will also boil a kratom and water mixture down into a resin which is then mixed with flower and balled-up until ingested. In Malaysia, where it is called ketum, it is most frequently boiled in water to make kratom tea, cooled, and then sold from roadside stands.  Though significantly less common, Malaysian papers describe accounts where Malaysian kratom users roll crushed kratom in tobacco and smoke it or where is is mixed with lime and other plants and chewed like a betel nut [4].

When ingested in this manner it is believed that kratom has two somewhat contradictory effects.  It has been found that the effect of kratom  depend on the amount of kratom the subjects ingested, with smaller amounts resulting in  a stimulating effect like caffeine, and larger amounts resulting in a sedating effect like an opiate [5].   Kratom has been found to contain over 25 different chemicals (called alkaloids) that create this effect.  Of these alkaloids mitragynine is thought to contribute to the stimulating effects of kratom while  7-hydroxmitragine is believed to be the primary alkaloid responsible for the sedating effects [5].  Like most plants, however, all the alkaloids are thought to contribute in their own way.

Despite the beneficial effects reported by Thai kratom users, some negative side effects have also been reported. It is thought that regular, prolonged use can lead to mild dependence.  The symptoms from cessation were reported to include mild joint pain and insomnia but appear to be quite weak, particularly when compared to opium dependence.  These symptoms have been described by those who have experienced opium dependence as: ” ‘annoying’ or ‘distracting’ rather than painful or debilitating”  [5].

Despite all that has been learned in recent years about kratom, its pharmacological make-up, and its traditional use in south-eastern Asian culture, much remains to be discovered.  As interest and awareness of this plant grows in the western world, we hope that the responsible study of its history and its potential to benefit our society continues.  We hope that now you know the basics about what is kratom you will use this site and the references to this article to continue your own study of this fascinating plant.