The Naming of Kratom Strains 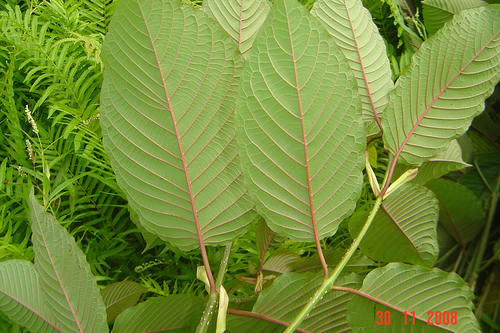 When you a looking to buy kratom, all the different varieties of kratom available can often make it difficult to know exactly what you are purchasing.  Despite all the differences in kratom names, strains, and marketing lingo, most reputable vendors actually use a standard naming convention for most of their kratom to make it easier to know what you are buying and from where.  This naming convention consists of three things:

When identifying the country where the kratom tree came from, you will almost always find that it comes from one of the three major countries where kratom grows natively: Indonesia, Thailand, and Malaysia.  When a strain is called an Indonesian kratom or indo kratom, for example, that means it came from kratom trees somewhere in Indonesia.  As these countries are large places and there may be many locations there where kratom grows naturally, strains names often include the particular region within that country where the leaves were picked.

Indonesian Sumatra kratom, for example, comes from the Sumatra island region of western Indonesia. Indonesian Borneo kratom on the other hand, comes from the central region (of Indonesia which unsurprisingly happens to be named Borneo.  Naming the kratom in such a precise manner may seem nit-picky, but there is a method to this madness. The region where the trees come from is important in identifying the different kratom strains because of variations in the alkaloid profile that result from the different soil conditions and weather patterns in each region.  For example, Thai kratom may grow in exceptionally sunny or wet climate when compared to some Malaysian kratom.  These small differences in growing condition can lead to large differences in leaves themselves.

The last piece of the kratom naming puzzle is the make-up of the leaves themselves.  In many cases, the names of a particular strain indicates the color of veins within the kratom leaf.   Some sources only differentiate between red vein kratom and green vein kratom. Others identify red, green, and white vein kratom. Frequently, green and white vein is used interchangeably.  Native users tend to use the vein color as the most important distinguishing factor between types of kratom (perhaps because they typically only have access to kratom within a single geographic region).  Thai users for example, distinguish between red vein kratom and green vein kratom and prefer a mix of the two.

Bringing all elements of the kratom naming system together we can examine the naming of several strains.  Using this system, we can determine that White Vein Sumatra, is an Indonesian kratom leaf gathered from the Sumatra island of Indonesia and from trees that have white veined leaves. Paupa Red Reserve kratom, on the other hand, is a red vein kratom that comes from Paupa New Guinea.

While many strains use all three identifiers in their name, some do not.  Red Vein Thai and Green Malaysian are examples of this.  Thai and Malaysian strains frequently do not indicate from exactly where in those countries they come from.  This is because, due to export restrictions in those countries, a significant amount of Thai and Malaysian kratom actually comes from Malaysian and Thai kratom trees transplanted and grown in Indonesia.  Because of this, the exact location in Thailand or Malaysia is often not included in the name.

While not all kratom strains follow this pattern, more do so than do not, and the best kratom vendors will have most of their products named in a clear manner such as this. When looking to buy kratom online or offline, there are a couple of naming warning signs you can use to identify products that may be marketed unethically, deceptively, or unprofessionally.   One thing to look out for is kratom that only uses marketing terms in the name (e.g. Super kratom, White label kratom, etc).  It very likely that the ‘Super kratom’ is whatever kratom that vendor found to be the cheapest that day.  Another thing to look out for when looking for places to buy kratom online is kratom that is given a ‘brand’ name.’  For example, It is a safe bet that something called ‘Krazy Karl’s Kratom’ is meant for customers that don’t care a great deal about knowing what they are actually buying but are instead manipulated by fancy packaging or slick branding.

We hope that by being able to identify what you are buying and knowing what might not be the best idea to buy, you make sure you can find they best type of kratom for you while maintaining a level of consistency from order to order.